Remember Freedom 251? Of course you do! That’s the phone that set the bar for stooping low (pun intended) as far as how cheap and affordable a ‘fully-functional’ smartphone could be in the real world.

That’s right, Ringing Bells promised a phone for as low as Rs 251, and the rest as they say is controversy. Apparently, Freedom 251 was just the start. Jaipur-based Docoss has now come up with its own version of the Freedom 251 that it calls the Docoss X1.

Priced at Rs 888, the Docoss X1 is claimed to be a fully-functional Android-based smartphone that is now available for pre-order from the company’s just launched website.

Deliveries of the Docoss X1 will begin from May 2, while pre-bookings close this Friday. Pre-booking is via SMS-only. Cash on delivery option is also available.

In terms of specifications, the Docoss X1comes with a 4-inch display, a 1.2GHz dual-core Cortex A7 processor with 1GB and 4GB of internal memory which is further expandable by up to 32GB via microSD card.

The dual SIM phone runs Android KitKat and supports 3G connectivity. It sports a 2-megapixel camera on the rear and a VGA front-facing camera. The phone is backed by a 1,300mAh battery.

Given that nobody has heard of the company before, and that Docoss claims to have been featured on The Verge, Mashable, etc if you go by the web cache page on Google, there are serious doubts about the authenticity of this smartphone and the company itself.

The company’s address is listed as “Third Floor, Happy Tower, Maharani Farm, Durgapura, Jaipur, Rajasthan.” Docoss X1 is not the first smartphone in India to cause a frenzy thanks to a ‘low’ price, which makes even most budget phones seem exorbitant. In February this year, a similar frenzy ensued when another never-heard of company called Ringing Bells launched Freedom 251 at just Rs 251. Ringing Bells claimed that it was keeping the cost low by manufacturing in India, and that it would deliver all smartphones by end of June. The website crashed soon after bookings opened thanks to the overwhelming orders. Plus it was revealed that the smartphone shown at the launch was a re-branded version of another device from a Chinese player called AdCom. AdCom later threatened to sue Ringing Bells.

Given the Rs 251 pricing, and the fact that the website kept crashing, angry customers also turned up at Ringing Bells’ Noida office only to find it empty. While the fate of those who bought the Freedom 251 remains unclear, the Docoss X1 has also managed to gain some fame on the internet thanks to the Rs 888  price-tag.

The amateurish-looking Docoss’ website asks buyers to book the smartphone via an SMS. On its social media platforms, the company has requested buyers not to make calls on the number given for SMS. We suggest you tread with caution here. Although the proposition of a Rs 888 smartphone seems very tempting, the very recent case of the Freedom 251 is a classic example of how things are not always what they seem on first look.

Given that we can’t really verify any details about this company, anyone buying this phone should do keep a caveat in mind: it might not really exist. 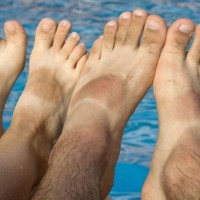 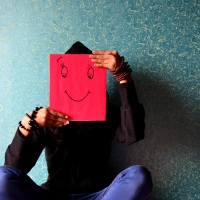